So, on the past versions of this forum (nightcore.tk and nightcoreuniverse.com) there used to be a "Nightcore Mix of the Month" competition. They were fun. But when RaveComing tried to restart it on this forum, barely anyone participated and no one voted, so he stopped. I figured that now that the forum has a lot of members who enjoy making Nightcore songs, more people will join this time around (I hope) ;p

Basically, people who are interested can submit a Nightcore song to the competition, and after I have enough entries the forum will vote for who they think made the best Nightcore song.

Usually there would be themes (multilingual, love, death, etc), but for the first competion I'm going to make it freestyle ;) Submit anything you want! As long as it follows these rules:

- The Nightcore song you submit to the competition should be specifically made BY YOU just for the competition. If you really don't want to do this, then a song you haven't released to anyone yet is okay, but I would prefer the former.
- You can only submit one song per competition.
- For ease of listening on the forum, you MUST upload your entry to YouTube. This is so I can easily embed the entries into a thread. If you don't want other people to see it, you can upload it as Unlisted (if you have copyright strikes you won't be able to do this) or PM me, and I'll take care of it for you.
- It is a general rule of thumb to try to only Nightcore versions of songs that haven't been uploaded before by other people. However, I can understand that at times this can be really hard. To encourage more people to enter I will allow entries if the song doesn't have a video on YouTube over 10,000 views.
- When submitting your song, just post in this thread and please include the original artist!

Disregard the other rules thread in this section for now.

Once I feel like I have enough entries, I'll make a thread containing all of them. You are not allowed to vote for yourself. To prevent people from doing this, voting will be done by PMing me instead of a poll thread. While the competition is running I'll be updating the thread with the current tally.

Voting is to be done based on the overall quality and appeal of the song and nothing else. So don't vote for a song because you like the person who made it, you like the picture that's used in the video with it, etc.

I don't know about prizes yet. I'll have to see.
I hope people will enter! Good luck!
I don't really go here anymore. If you wanna talk, catch me on Skype: maikel6311
Top

I would want to make my entrance with my Nightcore version of
Brisby & Jingles remix of "when you say nothing at all".

Well I hope you like it and I wish myself good luck. ^^
Top 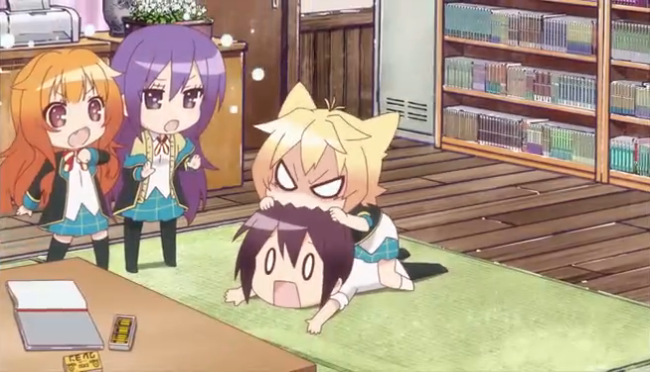 Just going to say that there might be a slight change in rules. If I'm going to offer a prize for the winner, I have to judge the winner myself instead of whoever gets the most votes. I can't really think of a prize people would be interested in besides promotion on my YouTube channel (would be small-scale, not big) but I'd only do that if I want to and I don't know if I'm always going to agree with who the winner should be.

If I judge the contest myself, I'm still going to allow people to vote and my decision will be influenced on that.
Don't hold me to my word or anything, not sure if I'm going to do it yet.

Also want to say that I'd really appreciate it if as many people joined as possible. I know it can be hard to find songs to Nightcore, but that's what the 10,000 views rule is for.
Pretty sad to see people in chatbox say they're not joining. Let's try to get it like the old forums again.
I don't really go here anymore. If you wanna talk, catch me on Skype: maikel6311
Top

Question!
What if the song you want to enter has risk of being taken down by record labels?
Can you upload it somewhere else; such as a filesharing website. Or can you not enter it.
.

You can't enter the competition.
I don't really go here anymore. If you wanna talk, catch me on Skype: maikel6311
Top

Maikel631 wrote:
- It is a general rule of thumb to try to only Nightcore versions of songs that haven't been uploaded before by other people. However, I can understand that at times this can be really hard. To encourage more people to enter I will allow entries if the song doesn't have a video on YouTube over 10,000 views.

What do you mean by borrow?
I don't really go here anymore. If you wanna talk, catch me on Skype: maikel6311
Top

Maikel631 wrote:What do you mean by borrow?

Upload another nightcore video wich already is present on youtube?
Don't get it wrong,i have'nt meant that i want to upload another person's video,i want to do an original nightcore song,what i meant is that i don't want to break the rules by nightcoring a song wich has 10,000 views on youtube(if this is what the rule refers to...).

You need to upload the song you're entering on your YouTube channel. You can upload a song that is already on YouTube but has no video over 10,000 views.
I don't really go here anymore. If you wanna talk, catch me on Skype: maikel6311
Top

This is a song that best describes what music I like and enjoy nightcoring! <3 I love classical instruments [violin, sax, cello] and I love duets! two vocals is better than one.

How many time do i have to find and make it?... The part of "You can upload a song that is already on YouTube but has no video over 10,000 views" is a bit difficult... You are suppose to use one of your own Nightcores. You could ave made the song months ago but u can still use it in the xompetition. But me neither got that part with the 10000 views.

What do you mean difficult? I don't think you understand it. It makes it easier. You can (but don't have to) Nightcore songs that have already been Nightcored before but have no video over 10,000 views.
I don't really go here anymore. If you wanna talk, catch me on Skype: maikel6311
Top

OK Maikel... I get it XD... I thought that we have to upload a song that has never been nightcorized and the original one doesn't have more than 10000 views... that's why I thought that it was difficult XD...

I listened to all of the songs... sorry for TimeToE and PandiCream :(... but i think that the best songs are the ones from DjSwemania, Moonightcore and Kestrel0907... obviously i know which is my favourite but i'm not going to say it cuz i love them all XD... even yours TimeToE, PandiCream XD...

Thank you ;) Voting will start on Thursday. No more entries will be accepted past that point!
I don't really go here anymore. If you wanna talk, catch me on Skype: maikel6311
Top All the entries need to be in by tomorrow.
I don't really go here anymore. If you wanna talk, catch me on Skype: maikel6311
Top

We feel the rhythm like it is our heartbeat
Top

A wild video has appeared!

I need artist names from TheMojo890, Raver, VocaloidHDSub, and RaveComing. Thread will be up shortly. No more entries will be accepted!
I don't really go here anymore. If you wanna talk, catch me on Skype: maikel6311
Top
Post Reply
27 posts • Page 1 of 1